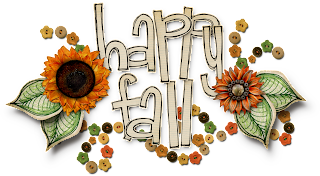 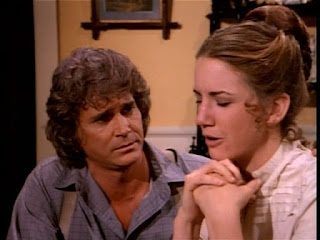 Charles and Caroline had just finished moving Carrie up to the loft.  Now, only Baby Grace would be downstairs with them.

“Sounds good,” he replied, glancing up at the loft.

Caroline’s knowing smile told him she knew what he was thinking. “It seems strange without her, doesn’t it?”

“Yes, it does.” Charles walked over to the kitchen window and looked out, as if he expected Laura to walk down the road at any minute. “We already went through this with Mary. You think it would be easier this time.”

Caroline shrugged. “It never gets easier, no matter how many times it happens. It’s just not the same when one of your children leaves the nest.”

She brought Charles his cup of coffee and motioned for him to sit down with her at the table. Caroline brushed a strand of hair away from her face. “She married a good man.”

Caroline reached over and put her small, white hand on top of Charles’s much larger and darker one. “Once again, we know how our parents felt when we packed up and left the Big Woods. We’ll get by it…just like we did when we left Mary in Winoka.”

After drinking his coffee, Charles stood. “I need to do some work out in the barn.

His feet shuffled along the floor before he opened the door and walked outside. He only stayed there for a few minutes before he strolled down to the creek.

From the kitchen window, Caroline saw him cross the yard. She spied him as he sat down in Laura’s favorite thinking place. Her heart ached for him. Laura and he had always been so close. She prayed God would help him accept the changes life had brought.

Charles sat along the creek bed for about twenty minutes. It was no accident he sat in Laura’s special thinking place. He would often join her when she was younger and share fatherly advice. Now, he was replaced by Almanzo Wilder. She would go to him for the advice she needed. He admitted he felt sorry for himself.

He knew he was being silly. It was natural for a young girl to grow up, fall in love, get married, and cleave to her husband. But somehow, he had hoped Laura, his Half-pint, would wait a little longer.

Charles looked up at the sky searching for guidance. “You know, Lord, it was hard for me to admit Mary had become a woman who could survive on her own without her Ma and me. But after a while, I accepted it.”

He felt tears forming in the corners of his eyes but blinked them away.

“With Half-pint, I fought the battle against her growing up every day. I always wished I could keep her a little girl forever. But before I knew it, she was a young woman and a teacher. An older man courted her.”

Charles stopped praying to let the tears flow. When the last tear fell, he stood and grabbed a smooth, flat stone from the ground. He skimmed it across the creek. Laura loved to do that when she was younger, he thought.

“Lord, I feel like I’ve lost my little girl. We have always been kindred spirits. I always understood how she felt…and she understood me, too. I am going to miss those picnic lunches and fishing trips. Lord, please help me to accept these changes in my life and help me learn to appreciate the grown Laura as much as I love the young one.  Amen.”

Charles sat back down and looked out over the cold flowing water. A few moments later he felt a small, familiar hand on his shoulder.

“Hi, Half-pint.” Charles turned his head to look back at her.

“Hi, Pa.” Laura pulled up her skirt and sat down next to her father. “What are you doing out here?”

Laura smiled wide. “I never thought I would hear you say that.”

Charles cupped her chin in his hand. “As much as I hate to admit it Half-pint, you’re a woman now.” He gazed at the ground to hide his tears.

Once he recovered from his emotions he looked up and said, “What are you doing here? I thought you and Almanzo would be busy at the house.”

“We just finished getting Eliza Jane’s things together. She’ll send for them once she’s settled in St. Louis.” Charles nodded. “Almanzo had to go into town, so I figured I would come out here and spend some time with you. Almanzo will pick me up on the way back.”  Laura paused. “Pa, can I ask you something?”

“How long did it take you and Ma to get used to being married?”

Charles smiled. He had thought his days of passing out fatherly advice to Half-pint were over, but here she was once again looking for him to share his wisdom. “Quite a while. It’s a big change going from being your own person to being a couple. You’re not having problems already, are you?”

“No, it’s just that Almanzo and I have different opinions on things and sometimes I feel I have to give in so we don’t argue.”

Charles let a laugh escape from his lips. “I know you have strong opinions Half-pint, but there’s nothing wrong in giving in occasionally. Marriage means a lot of compromises...if you want it to work.”

Laura reached over and hugged him. “I’ll try to remember that. Thanks, Pa.”  She reached for a smooth, flat stone and stood. She tossed it toward the creek and watched it skim the water.

Charles had been so preoccupied with all the changes in his own life, he had forgotten how many changes his daughter was going through. And he found even though she was a grown, married woman, she still needed him. Charles glanced skyward and silently thanked God for answering his prayers.

Caroline watched them from the kitchen window. “Thank you, Lord,” she said as she wiped away tears of joy. 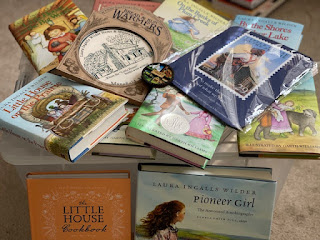 Do my friends know me or what? One of my friends picked up these gifts for me. He has even offered to protect the book covers so that I can keep them as collectibles.
Posted by Cheryl at 10:53 AM No comments:

Available Now: Back to the Prairie by Melissa Gilbert

I bought this new book from Melissa Gilbert when it came out. I am in the middle of reading it now. Did any of you buy it yet? 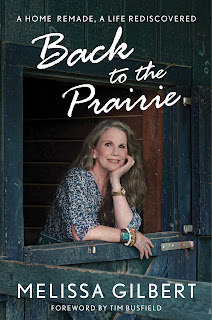 The New York Times bestselling author and star of Little House on the Prairie returns with a new hilarious and heartfelt memoir chronicling her journey from Hollywood to a ramshackle house in the Catskills during the COVID-19 pandemic.
Known for her childhood role as Laura Ingalls Wilder on the classic NBC show Little House on the Prairie, Melissa Gilbert has spent nearly her entire life in Hollywood. From Dancing with the Stars to a turn in politics, she was always on the lookout for her next project. She just had no idea that her latest one would be completely life changing.
When her husband introduces her to the wilds of rural Michigan, Melissa begins to fall back in love with nature. And when work takes them to New York, they find a rustic cottage in the Catskill Mountains to call home. But “rustic” is a generous description for the state of the house, requiring a lot of blood, sweat, and tears for the newlyweds to make habitable.
When the pandemic descends on the world, it further nudges Melissa out of the spotlight and into the woods. She trades Botox treatments for DIY projects, power lunching for gardening and raising chickens, and soon her life is rediscovered anew in her own little house in the Catskills.
Visit Goodreads to purchase from your preferred retailer.
Posted by Cheryl at 12:28 PM No comments: 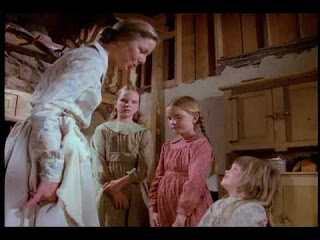